The Wait: Life and Death in Yellowstone

The coyote is waiting. 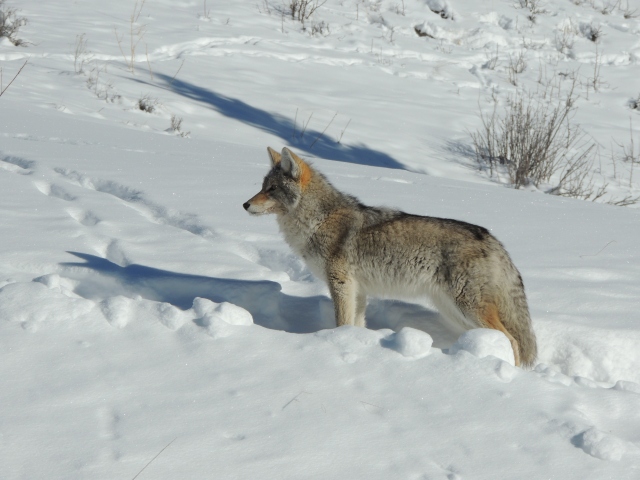 The eagles are waiting.

Even the wolves are waiting, off in the distance beyond the trees.

It’s a death-watch.  We’re all watching a wounded bull elk, waiting to see what will happen next.  He’s bedded down in a patch of willows in the Lamar Valley, and he’s been there for days.  Three days earlier the Lamar Canyon pack chased him, and one of them caught him on his hind end, wounding him.    Coyotes circle the elk, but don’t come too close; he’s still dangerous.  We can just see his antlers sticking up above the brush.

One wolf comes closer, accompanied by a greedy raven.

But he retreats back behind the trees. 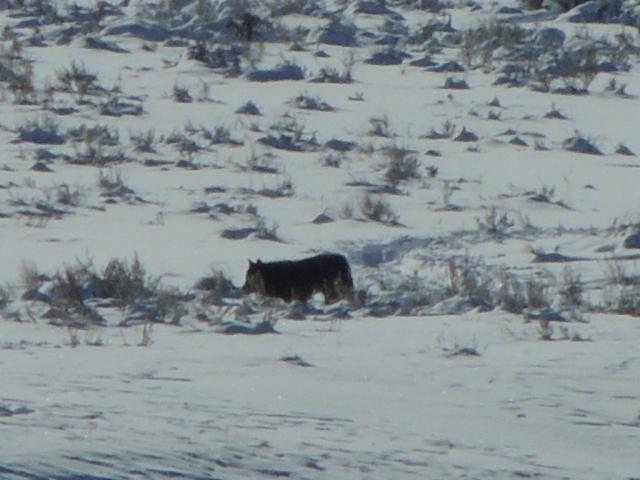 We join the waiting wolf-watchers.  It feels morbid, but none of us want to look away.

Late in the afternoon another bull elk appears over a ridge. 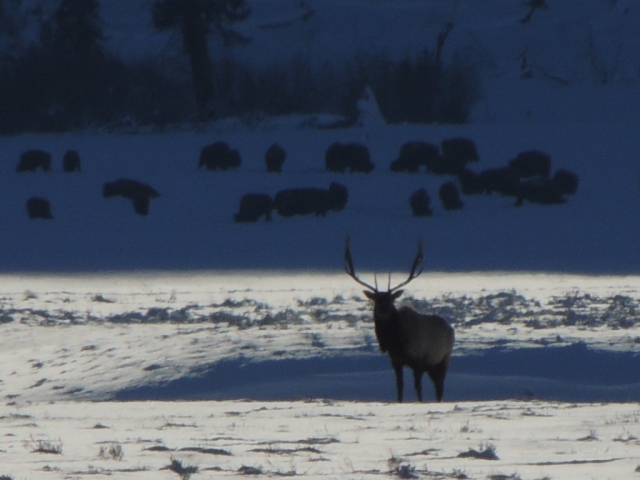 He seems to know that his comrade is in trouble below him, and he beds down on the ridge to join the wait.

The sun is sinking, and it’s getting colder by the minute.  Eventually the wolf-watchers leave, and we’re left alone with the coyotes and the eagles and the wolves…watching and waiting.

And…as darkness falls, the elk is still hanging on.    We can’t come back in the morning, so this is one nature drama that we’ll have to leave unresolved. 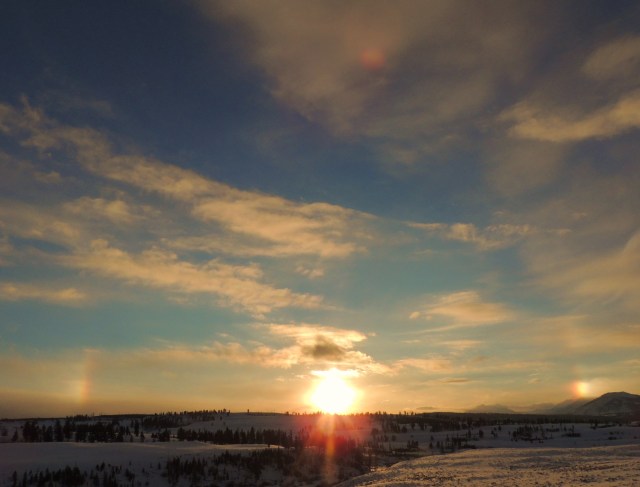 (UPDATE):  I checked Yellowstone Reports, a wildlife blog that I subscribe to, and discovered that the elk hung on for nearly a week after we saw him.  The Park Service moved the carcass because it was too close to the road, and the Lamar Canyon Pack finally got their meal.

Hello. I'm Cindy, and I love to hike, bike and explore the outdoors - particularly the western U.S.
View all posts by westerner54 →
This entry was posted in Montana, Nature, Wildlife, Yellowstone and tagged Lamar Canyon Pack, waiting for death in Yellowstone, Yellowstone in winter, Yellowstone wolves. Bookmark the permalink.

15 Responses to The Wait: Life and Death in Yellowstone