Busy Days at the Heron Rookery

If only we would all get along as well as the birds I’ve been watching this month at the heron rookery.

In early March the Canada Geese were busy checking out the various nests in the rookery, apparently staking their claims to the choice spots.  It’s hard to imagine how the little goslings manage to survive the leap from these high nests, but apparently some do, since I’ve seen the geese nesting there for many years. 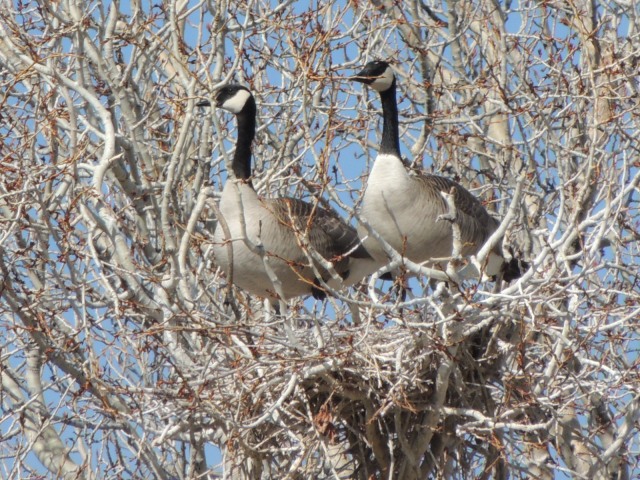 Each year I’ve been sure that there will be fights when the herons return, but if there are, I haven’t seen them.    The geese and the herons just seem to enjoy hanging out together. 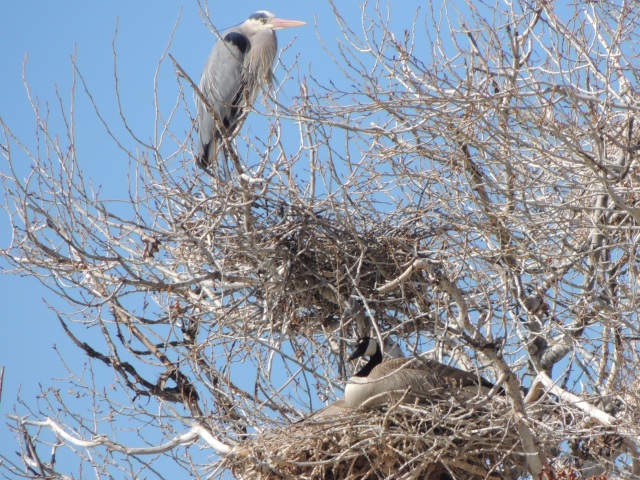 Actually, the herons spend more time fussing with each other than they do with the geese. These two were sparring with each other for the better part of an hour, until one finally got tired and left this prime perch to the winner. 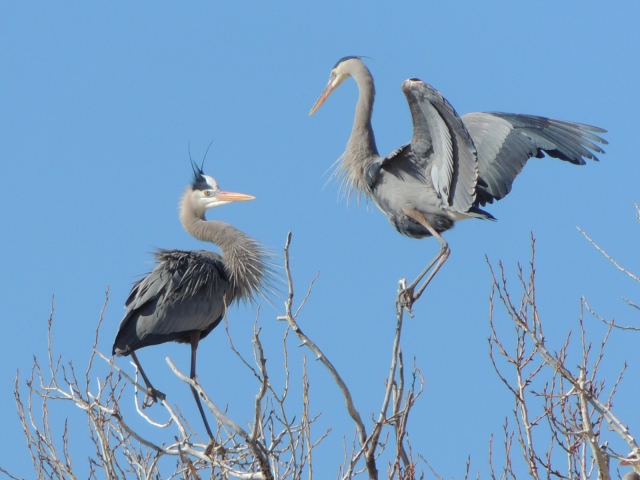 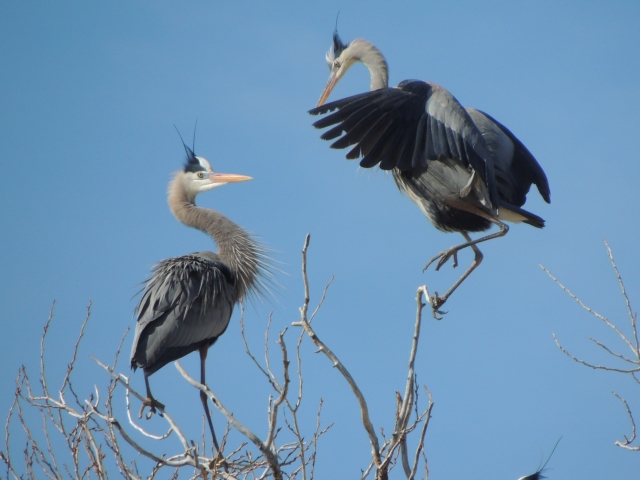 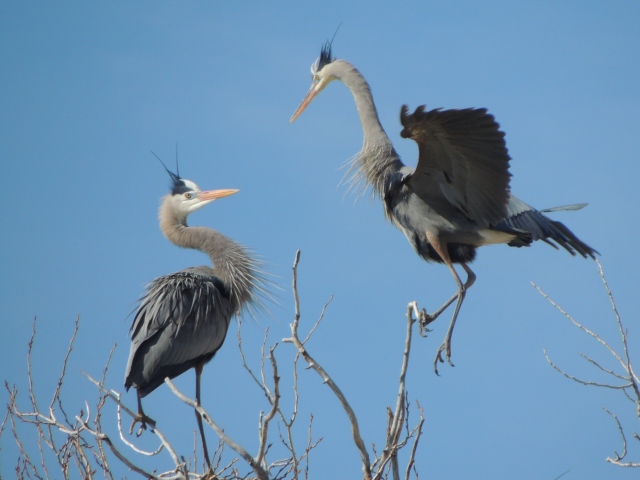 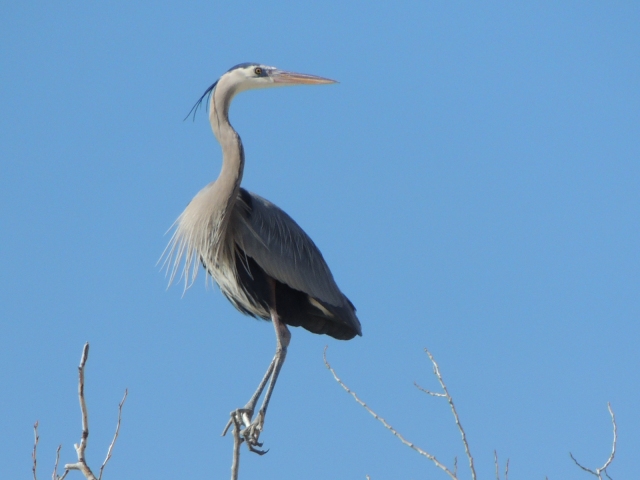 But it’s not just geese and herons sharing this real estate.  Remember the Great Horned Owl I’ve been seeing this winter?    She’s decided that the rookery is a dandy place to nest as well! 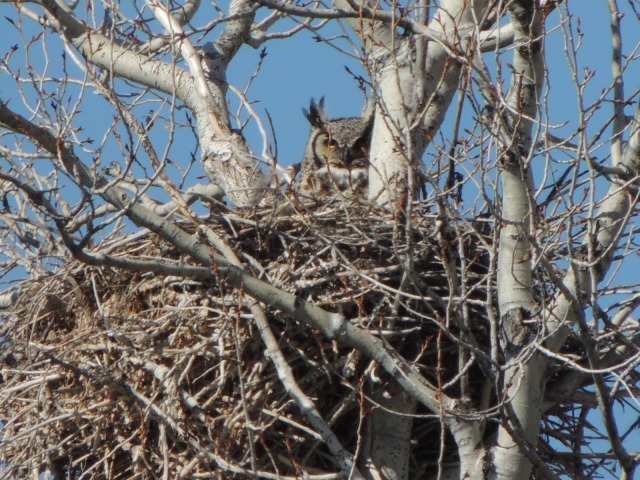 I’ve been watching her for weeks, always keeping an eye out for her mate.  I’ve been scanning the surrounding trees every time I go to the rookery, but no luck.  Until yesterday. 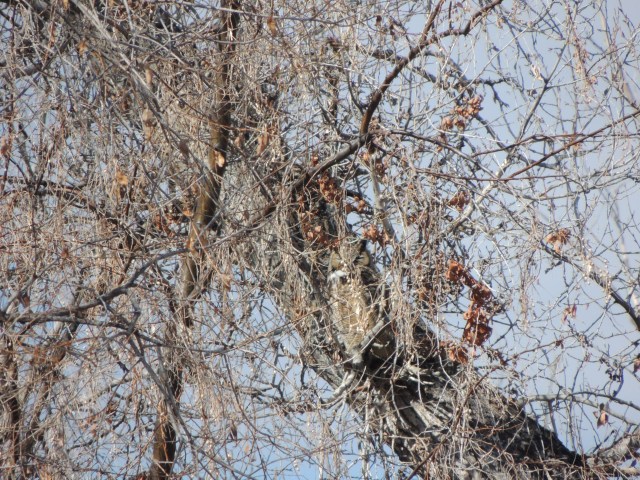 Finally!  Probably been on that same branch the whole time. 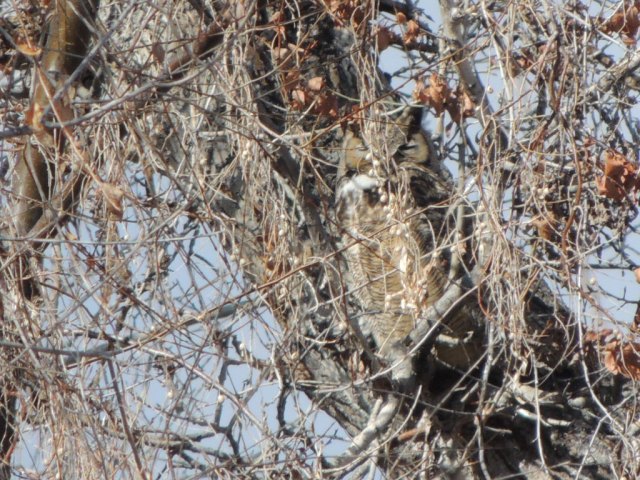 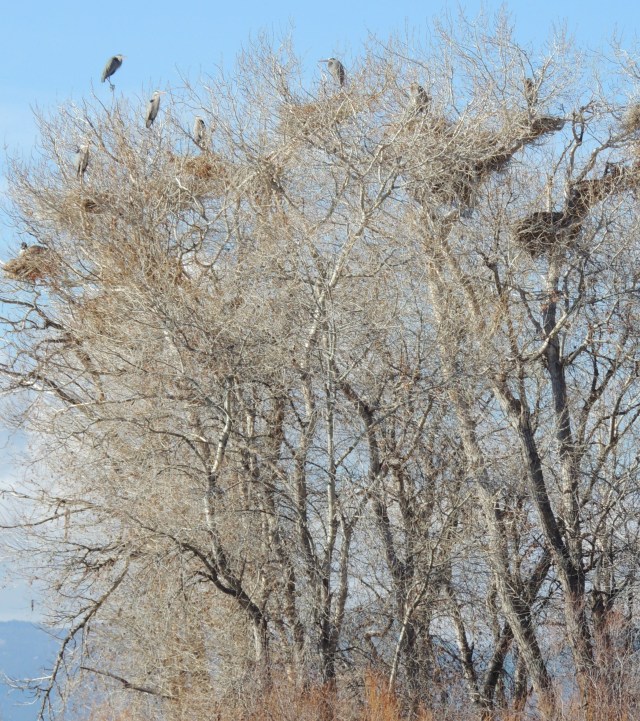 18 Responses to Busy Days at the Heron Rookery