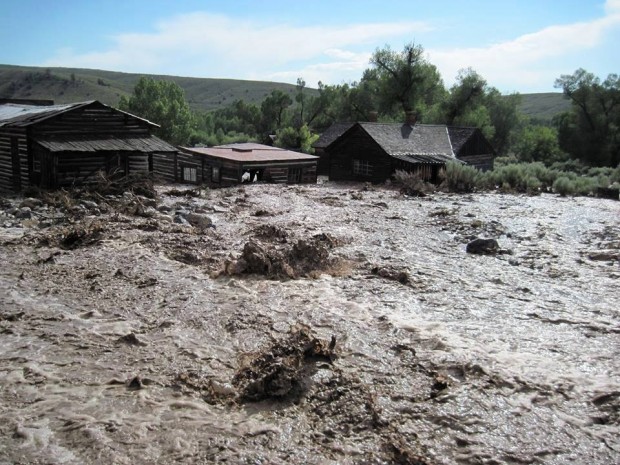 The annual Bannack Days celebration was scheduled last year for July 18 and 19, and we thought it would be fun to go check it out.  The rain gods, though, had something else planned for Bannack:  a flash flood that tore down the main street for 90 minutes.  There were about 20 people visiting the town that day, and some were caught by the flood, but all made it out alive.  Holy buckets.  Of rain.    But look at the blue skies in this photo.  Amazing.

Bannack was closed for the rest of summer last year.   I’d heard that the damage had been fixed, but I was worried that one of my favorite places might never be the same.

It was rainy for our road trip to Bannack this week, but the town looked just as it always has.    We camped on Grasshopper Creek, and had the town to ourselves in the late evening and early morning. 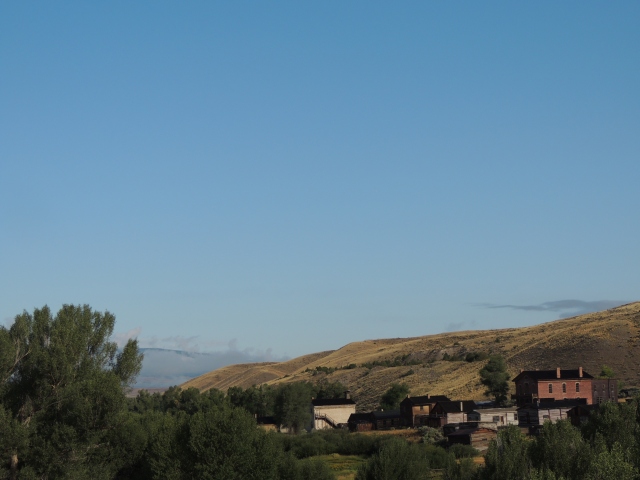 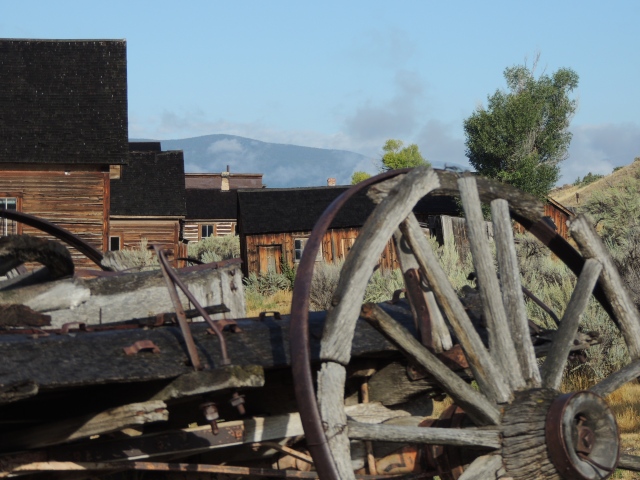 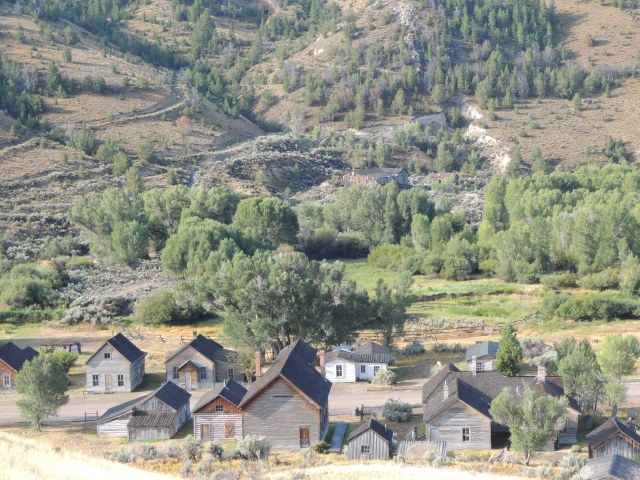 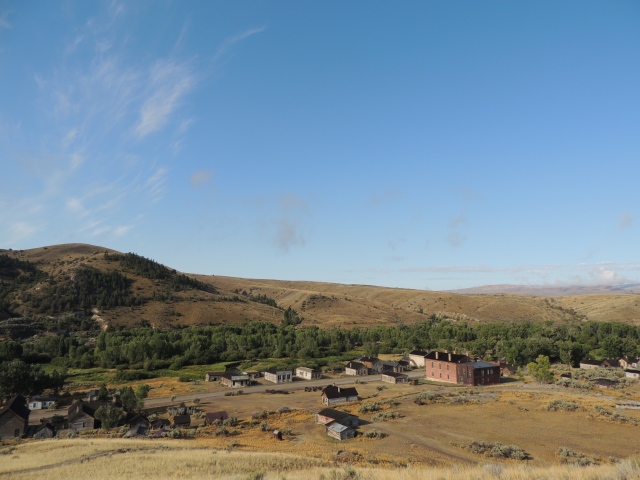 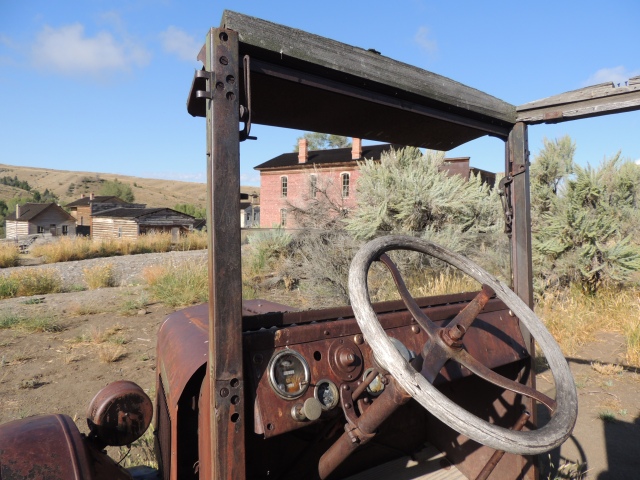 There are two cemetaries in town, an early one on the hill right above town, and a later one a little ways outside of town. 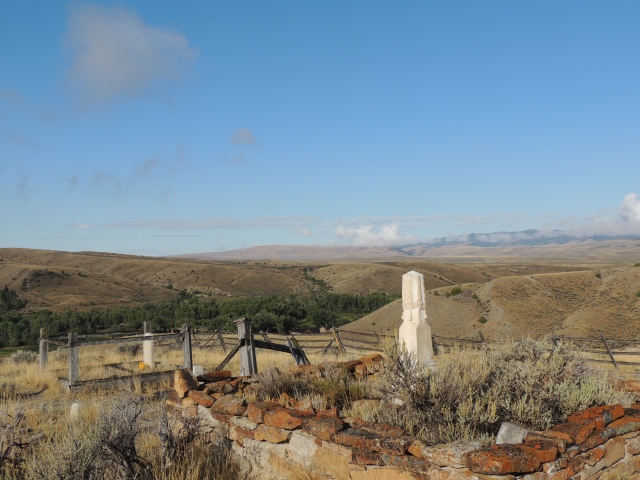 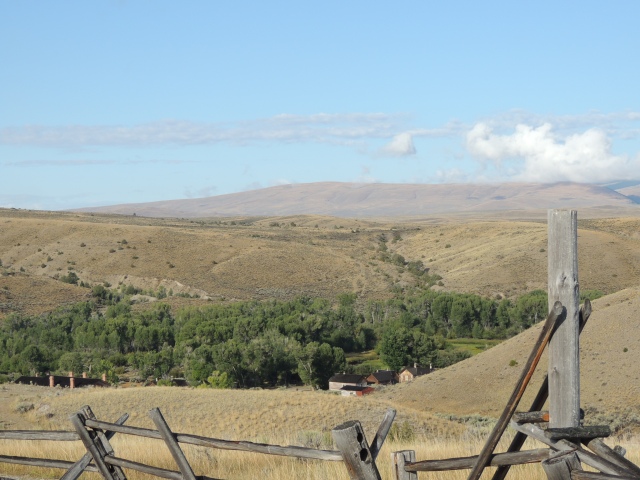 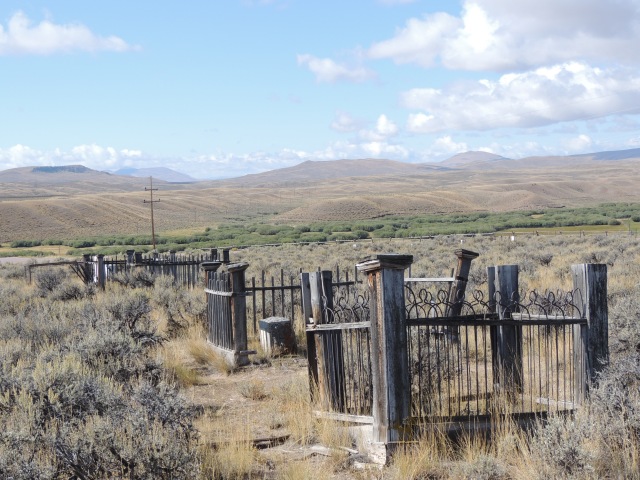 As always, it’s the children’s graves that pull at our hearts, even more than a 100 years after they’re gone. 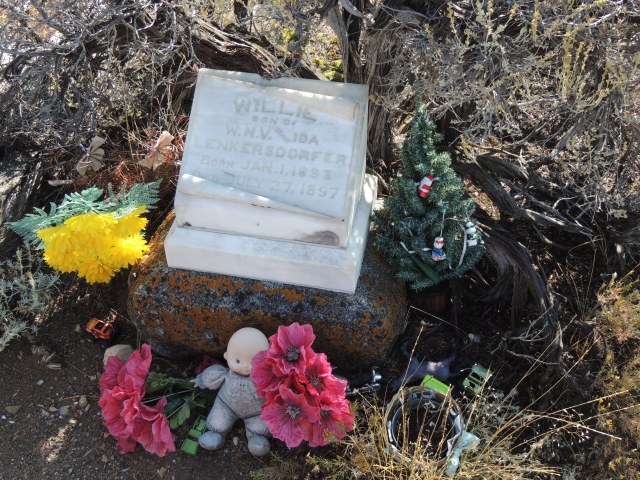 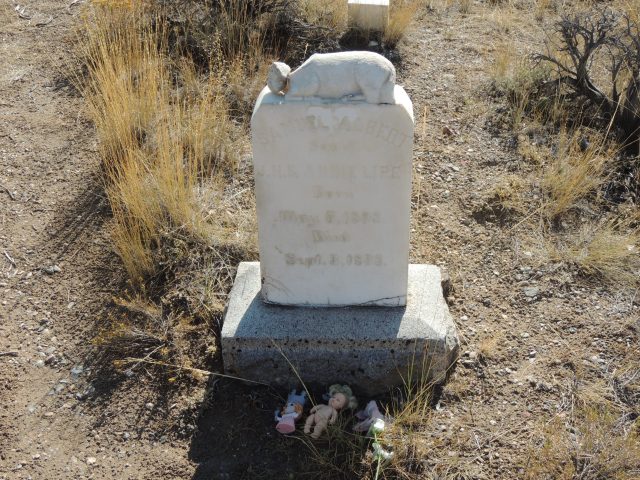 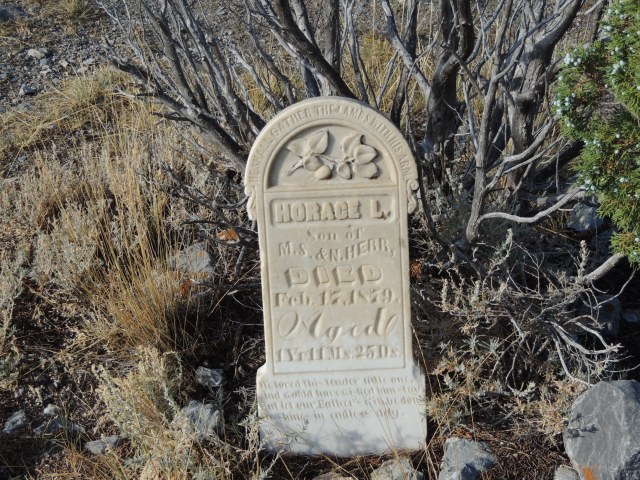