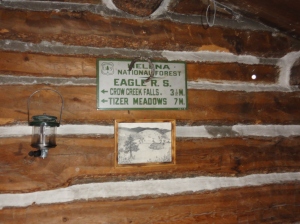 One of the charms of Montana is that we can live in town, but decide on the spur of the moment to rent a ranger station for the night, pack up, and be at the trailhead in a couple of hours.  We did exactly that this week, and rented the Eagle Guard Station.   I particularly like this cabin because it was built in 1895 by a miner for his wife and daughter,  and is probably the oldest cabin that the forest service rents.

We packed the backpacks with caviar, crackers, cream cheese, cosmopolitans (in our classy plastic flask), marinated steak, peppers and onions for sandwiches, eggs and sausages, oranges and breakfast blend coffee – and  a few of the less important items like sleeping bags and matches – and we were good to go. 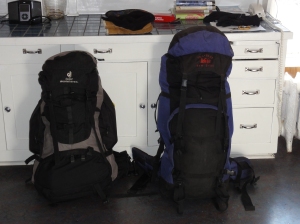 The road to the trailhead can be a little nerve-racking if it’s icy or snowy, but since we’re having a pretty open winter, the 10-mile drive in on the gravel and logging roads was a piece of cake.    The road is closed about 4 miles from the cabin, so we loaded our packs on our backs and started off.     Since we were only planning on a one night stay, and there wasn’t much snow, we left the snowshoes in the car, and headed out on foot.  (In hindsight, probably not too smart.  The weather forecast was for clear skies and no snow, but if it had ended up snowing overnight we would have had a heck of time getting back out.)

Sunny day, temps in the 20s, and no wind – a perfect winter day.   Lots of animal tracks, but only actually saw a few ravens, and a herd of elk on a hillside about a mile away.    The way in to the cabin is mostly downhill, with just a couple of steep uphill slogs.    Oddly enough, the route out is mostly uphill.  Go figure.

We arrived two hours later, just as the sun was setting. 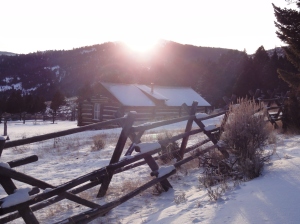 This cabin is so well built that it only took around 45 minutes to warm it up.   Caviar and cosmos in a toasty cabin in the middle of the mountains is really pretty darn nice as far as I’m concerned: 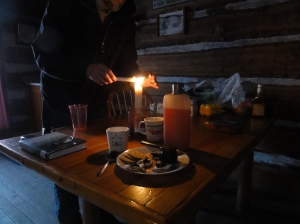 A little caviar, a little vodka...

And the pepper steak sandwiches were pretty darn good, too:

All in all, a nice way to celebrate the longest night of the year.     A few more pictures: 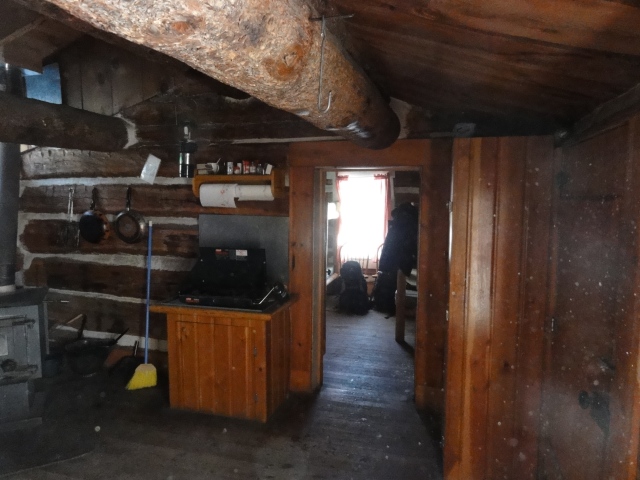 How to carry eggs in a backpack 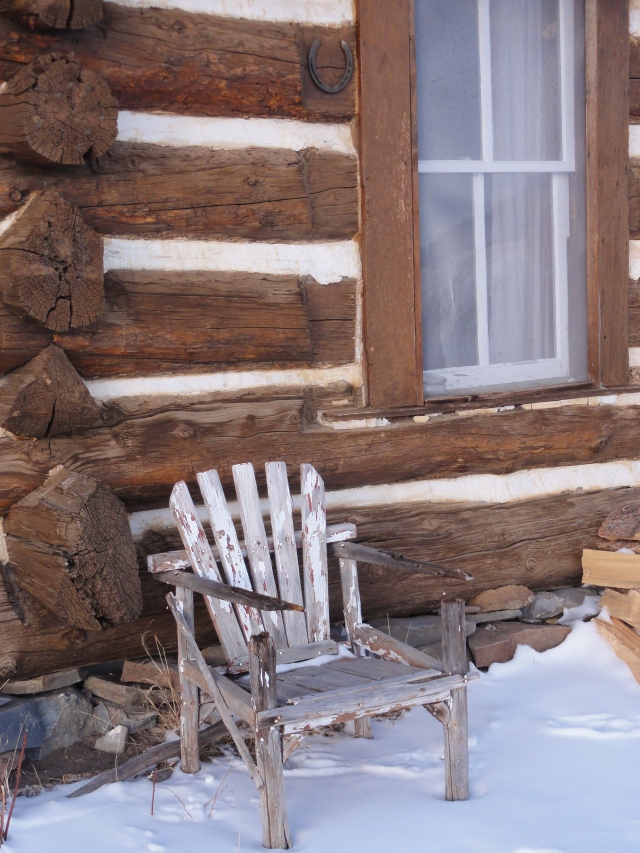 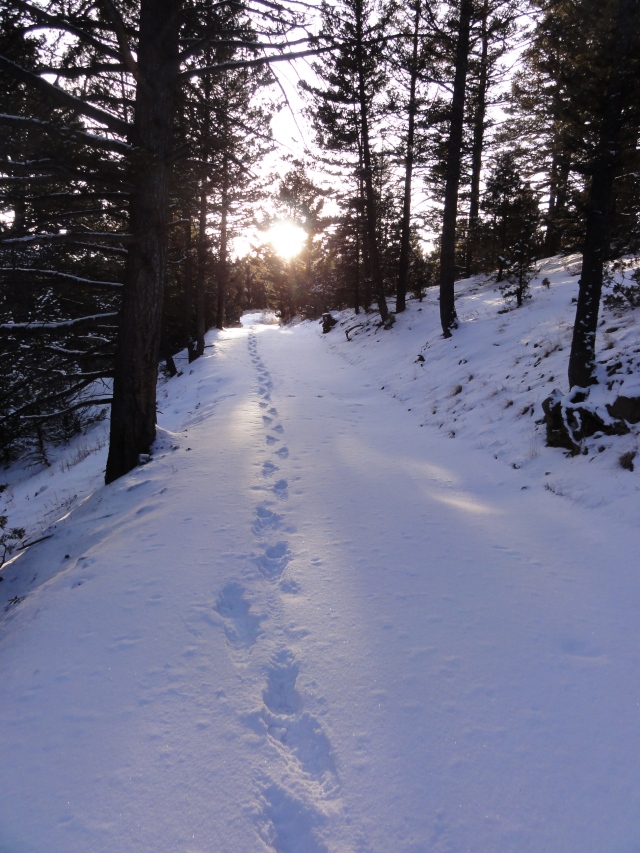