It’s a 7 hour drive from Tunis to Tozeur, Tunisia.    And if you take a bus, and not the shared vans called louages in Tunisia, the trip is actually quite pleasant.   Tozeur is an ancient town in southern Tunisia, and was really at its peak during the 14th and 15th centuries when the trans-Saharan camel caravans were going strong.  Modern Tozeur is worth a visit on its own, but it’s also a great jumping off spot for trips to Berber villages on the Algerian border, and…the Sahara.

We spent a day exploring the surrounding countryside, including the Berber villages of Chebika and Tamerza: 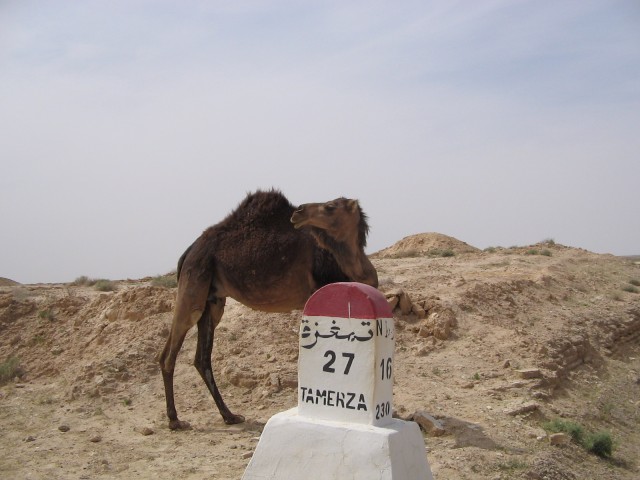 Camel grazing along the road to Tamerza 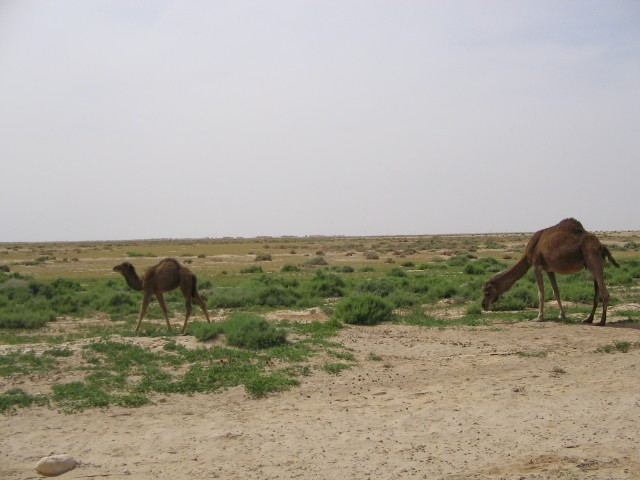 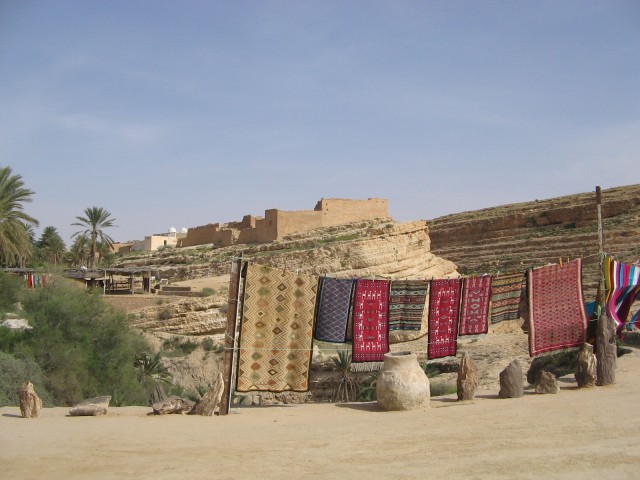 Rugs for sale outside of Chebika 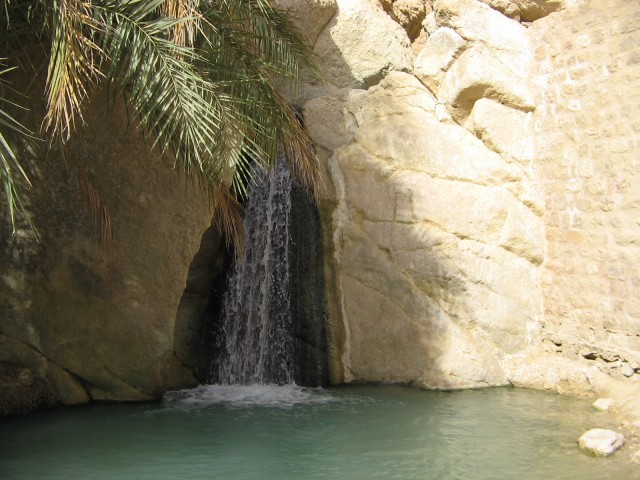 Idyllic oasis in the middle of the desert

After this excursion we hired a driver to take us to Ksar Ghilane, a desert oasis on the edge of the Sahara and a long day’s drive from Tozeur.    The driver was a friendly enough guy, but he insisted that we stop at the camel station in Douz for a camel ride into the Sahara.  We weren’t planning on that, but it turned out to be an interesting  – even if rather touristy – experience. 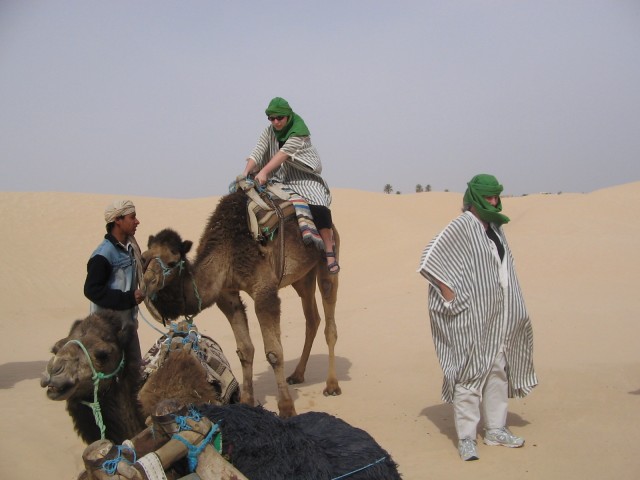 Getting saddled up, after being outfitted in 'Sahara duds" 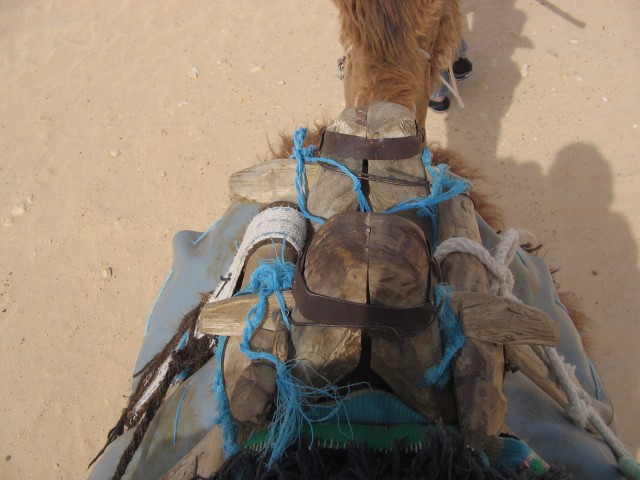 View from on top 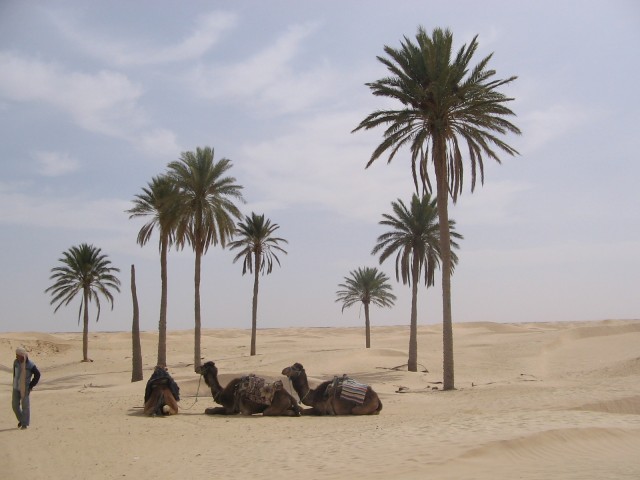 Our destination, an hour into the desert

You can hire camel guides to take you on overnight trips into the desert, which I think I would prefer.  Just need to watch out for scorpions in your shoes in the morning.

Ksar Ghilane is a little oasis with a lovely hot spring pool surrounded by tamarisk trees, and a few camp sites that rent nomad-style tents.  The large dunes of the Sahara start at the edge of the hot springs, and were stunning at sunset.  It was totally charming. 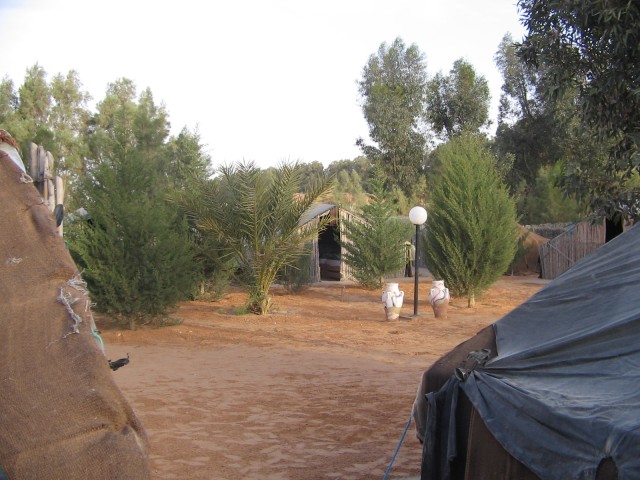 Our "nomad tent" in Ksar Ghilane 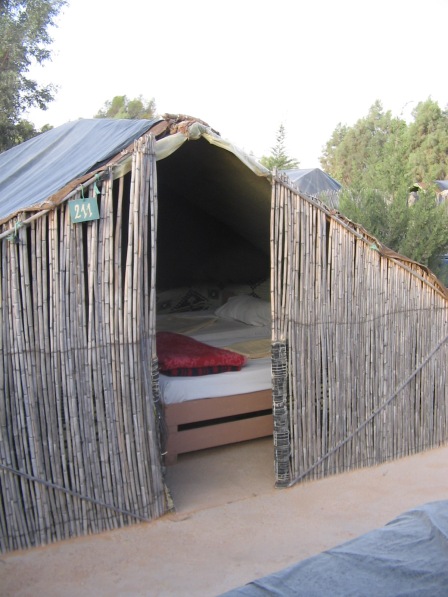 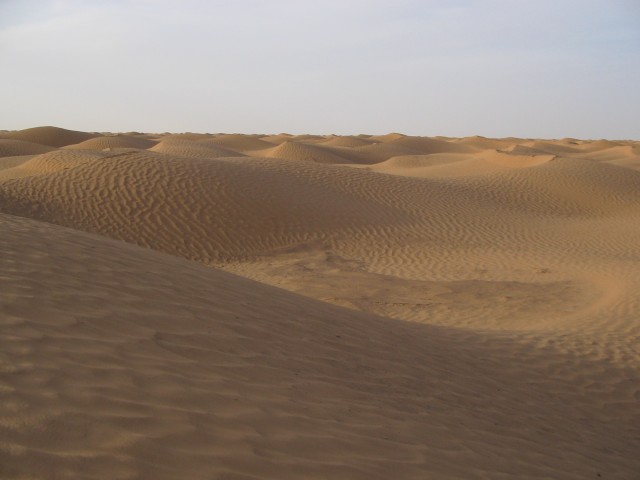