I’m sitting on the side of a steep hill, scoping out a stunning Golden Eagle nest.  The eagle in the nest is doing the same thing she’s been doing for the past 6 weeks – laying in the nest.     It’s been 42 days, and I’m beginning to worry that this nest is going to fail.

I take one more look, and see a little fuzz of white moving around behind the eagle.    I look again, and – hooray – it’s an eaglet!    Success.  I feel like a proud grandparent. 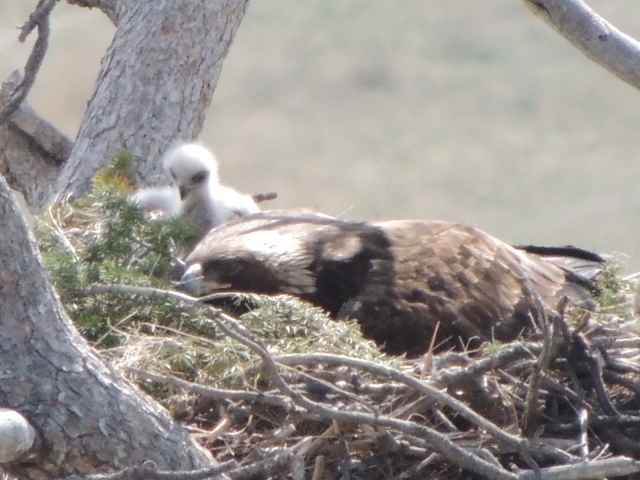 The little guy starts throwing himself around the nest until I’m sure he’s going to tumble over the side.  But he stays safe. 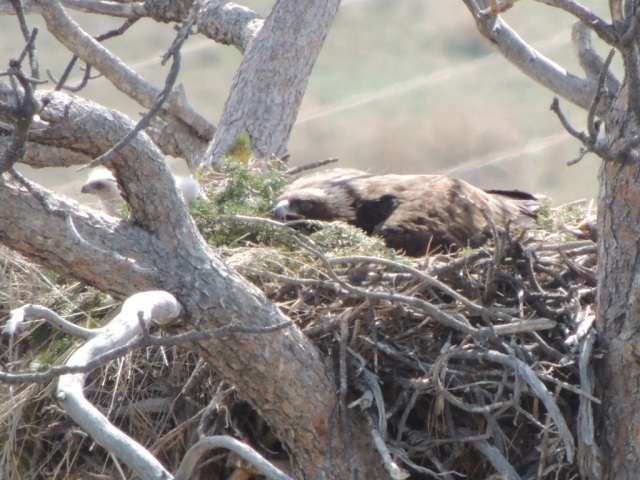 I was lucky to find this nest.   I’ve seen Golden Eagle nests before, but they’re usually high up on cliffs, and seeing what’s going on in the nest is nearly impossible.  But this couple built their nest high in a dead Ponderosa pine overlooking the Helena valley.  I could climb above the nest and safely keep an eye on the eagles.  Since March 20, that’s what I’ve been doing.  It’s a spectacular setting. 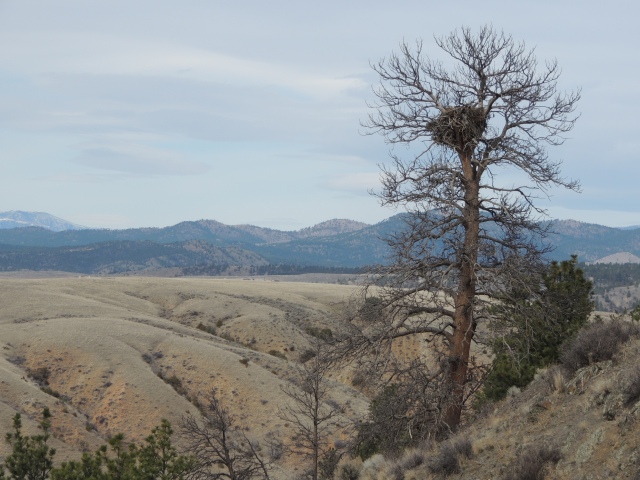 Unlike Bald Eagle pairs, who take turns sitting on the nest, the Golden Eagle female does the majority of the incubating.   The male’s job is to bring her food.   In my many weeks of watching the nest I only caught the male bringing food to the nest one time, and he didn’t hang around long after he dropped it off. 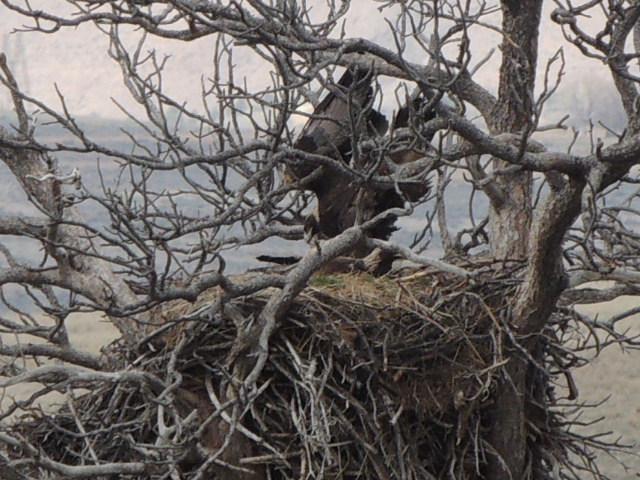 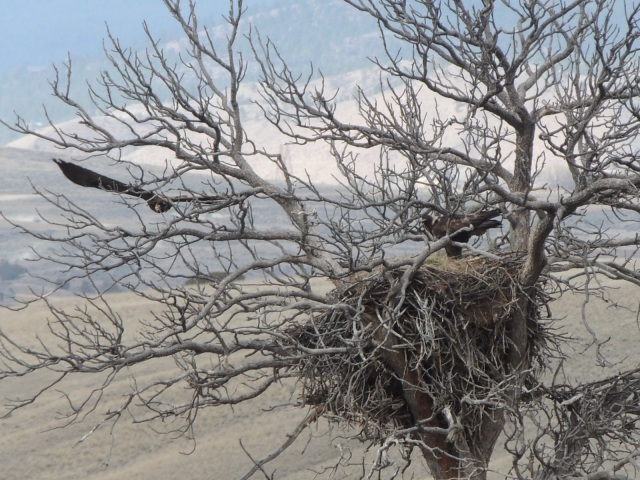 I could usually see the male soaring above the valley, while the female sat.  And sat. 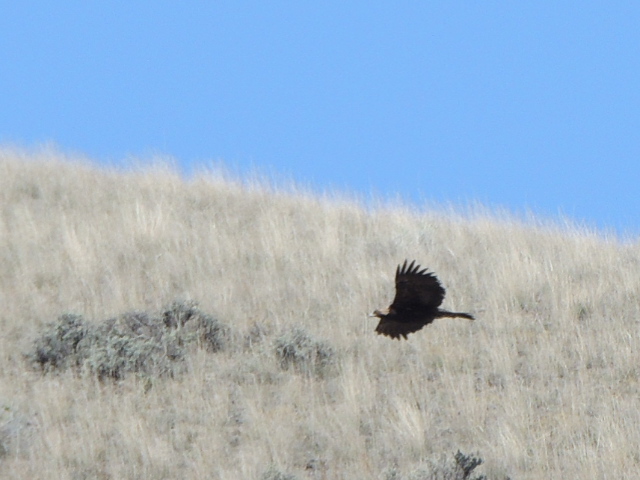 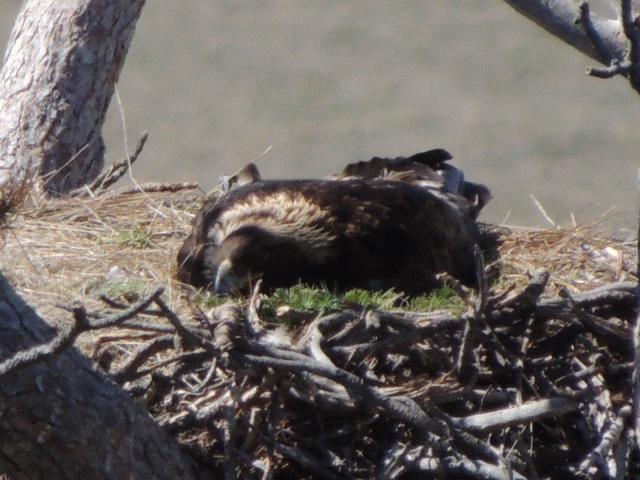 She would occasionally stand up for a stretch, but she was sure patient. 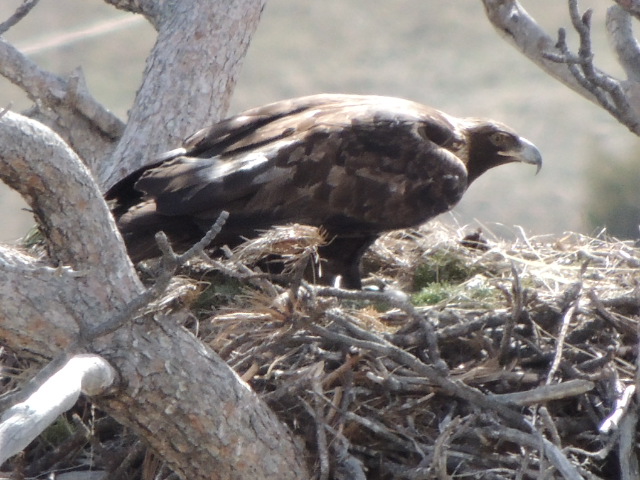 I was patient, too.  Although it’s not exactly hard duty, hanging out on a gorgeous hillside taking in the view. 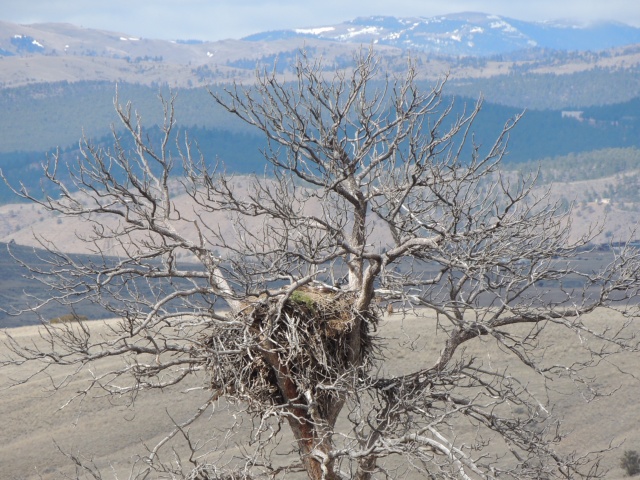 I first saw the eaglet on May 4.    He’s still a fluffy white ball, but he’s changed from a baseball to a softball to almost as big as a volleyball.  The parents are doing a good job. 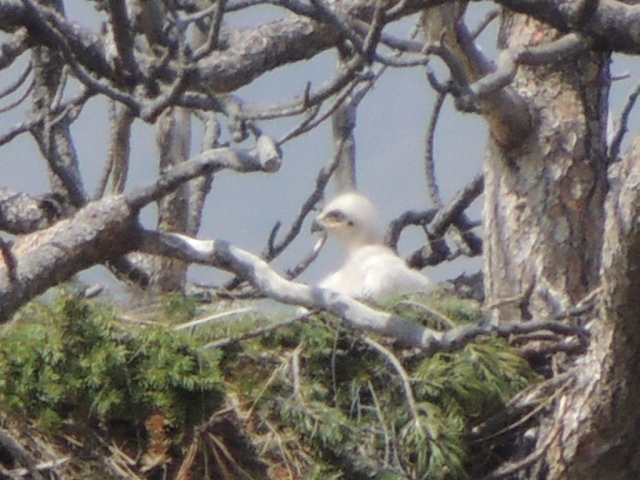 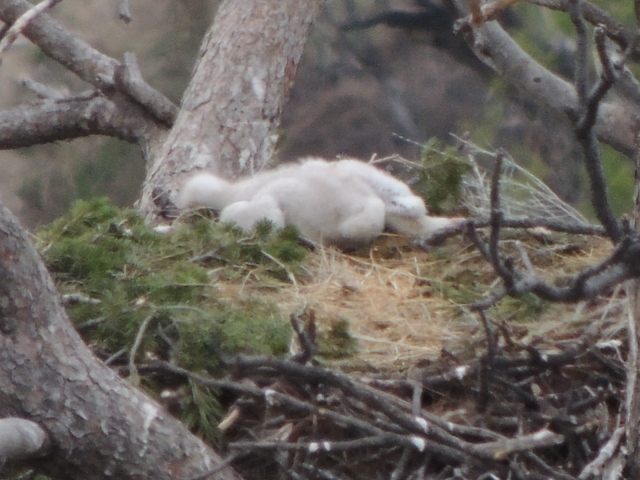 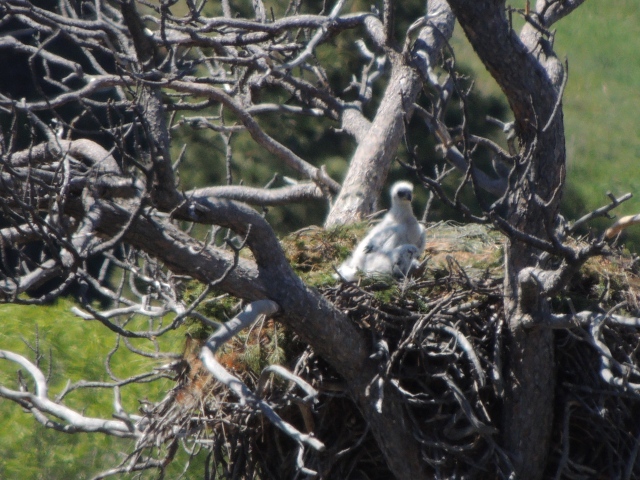 Fingers crossed that he stays safe!

13 Responses to The Goldens